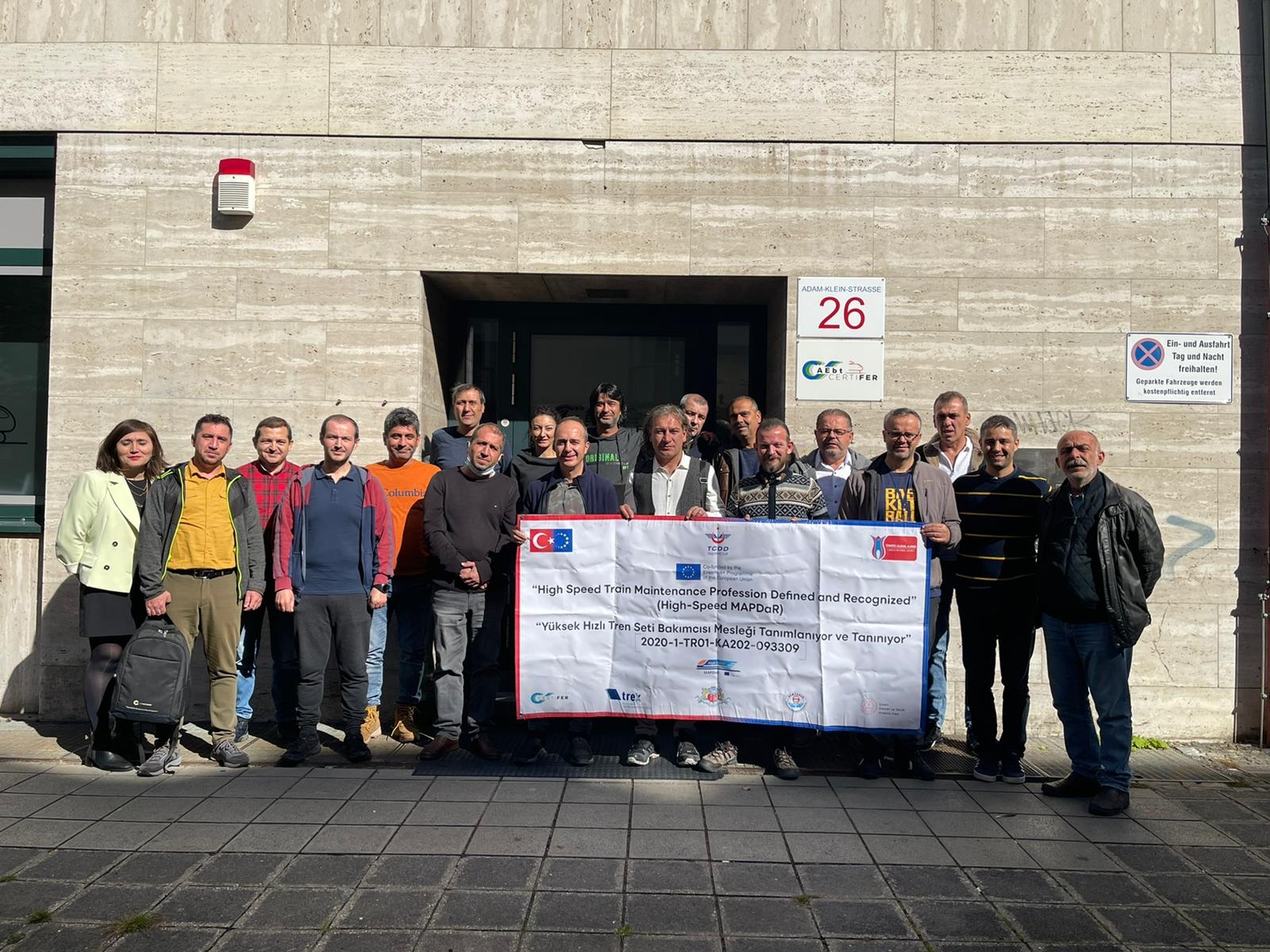 Within the scope of the project; “Rail System Vehicles Registration and Certification Training” was held from 27 September to 1 October.

In addition, the 2nd Transnational Partnership meeting was held on 30 September – 1 October.

Within the scope of training; The registration and certification processes of railway vehicles were explained in detail. A technical trip was organized to the Nurmberg high-speed train workshop of the DB Fahrzeuginstandhaltung Company.

At the meeting, the point reached by the project and the realized intellectual outputs were evaluated. A business plan for the next activities was created.